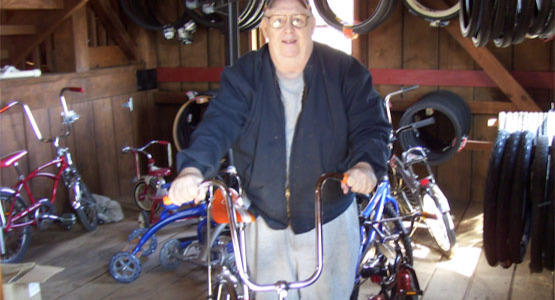 I'm Jeff Wilford, the owner of Bobzilla's Bicycle Werks. The man pictured left is Bob, Robert L. Wilford. He was my dad, and the "Bob" in "Bobzilla's."

Although he never owned the shop, my wife and I decided to borrow/steal/appropriate his name for the business, formerly known as Pedal Power, when we bought it in 2008. For one thing, we wanted a snappy name, something not generic, and Bobzilla's sounds a lot better than Jeffzilla's.

But more than that, we thought it would be a good way to tell him thanks for everything he had done for me/us. You see, he was terminal with cancer when we made the move from Waterloo, IA, to start Bobzilla's. My wife, Tina, and I both grew up here and had kinda talked about relocating. My dad's illness, along with the opportunity to run a business, let it happen while he was still alive.

My dad lived with a terminal cancer diagnosis for close to five years, and he never let it slow him down until the very end.

A lot of people just assume that since the business is called Bobzilla's, that I am Bob. A lot of them call me Bob. I answer anyway. I take it as a compliment. 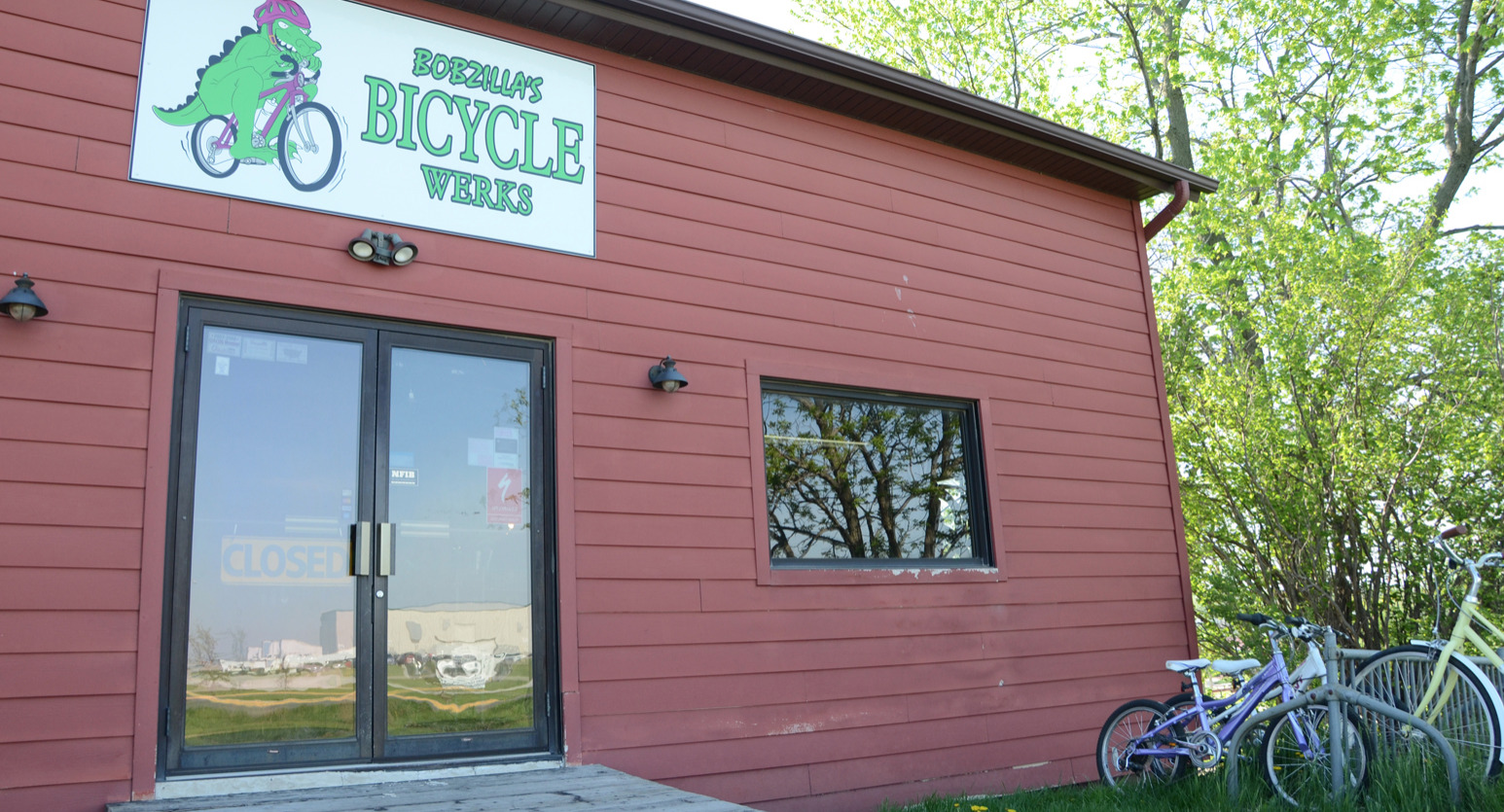 Jeff was burning out from a 17-year career in newspaper journalism (you remember newspapers, don't you? Those were the days) and looking for a change. Like all frustrated journalists, he had absolutely no idea what that change would be. Then he had his "aha" moment and realized he could parlay his obsession with bicycles into a new career. With the help of his supportive wife, his parents and in-laws and the opportunity to return to Oskaloosa, they made the leap.

Ironically, Jeff doesn't have nearly as much time to ride his own bike as he used to, being the owner of a business.

Bobzilla's is an authorized dealer of Specialized bicycles.

You can find Jeff most days at Bobzilla's. Tina works as an LPN at Mahaska Health Partnership.

We’re dedicated to helping you find the perfect bicycle for your riding style. We carry a wide selection of bikes and cycling gear for beginners and experts alike, and we’re here to help you select the equipment that best meets your needs as a cyclist.

Our staff is professionally trained, and our friendly employees contribute to our welcoming atmosphere. In sales and service, we’re committed to providing you with an exceptional shopping experience.

Our qualified professional mechanic services all makes and models of bicycles. Visit us for a free estimate, and count on us for quick turnaround times and quality bicycle repairs.